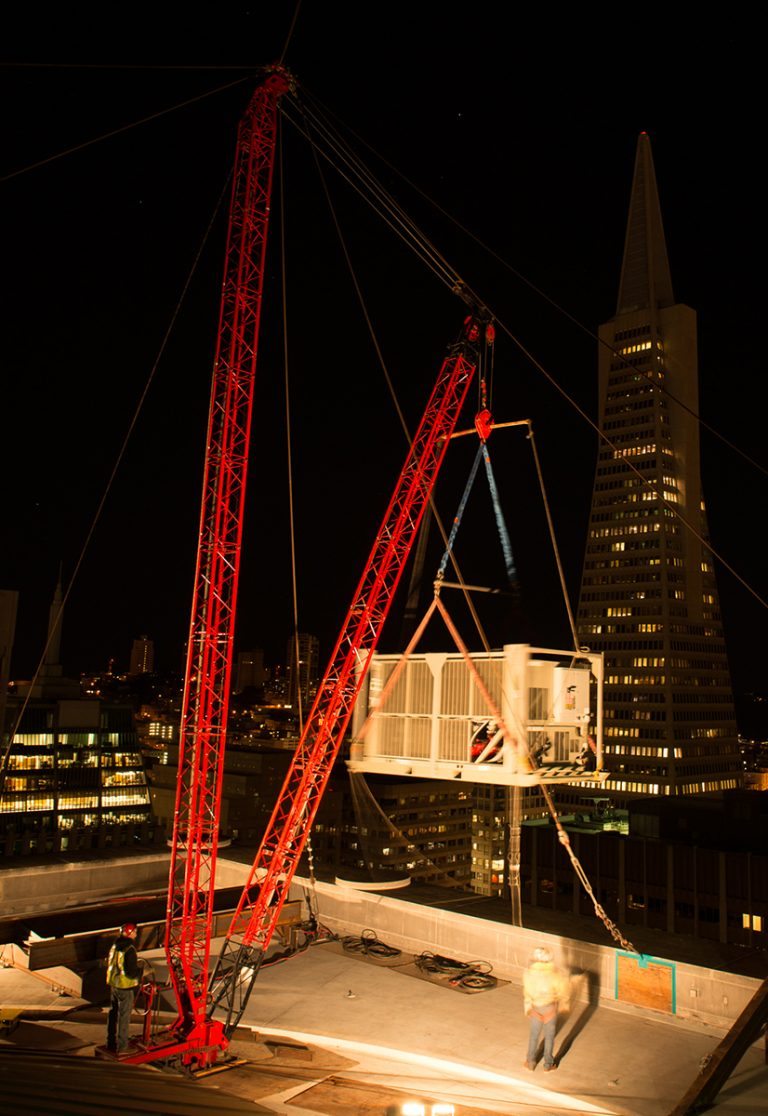 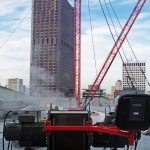 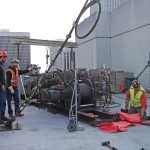 Why APPI: Like most big cities, the streets of San Francisco are mostly deserted at 4:00 AM. A few months ago, this stillness was broken when a tractor and lowboy pulled into an alley next to Union Bank at the California Building in the Financial District. After parking, a crew of three riggers went to work preparing the trailer’s load for a 24-story ride to the top of the bank. Shortly after that, a load block rigged with three parts of line was lowered from above, connected to the lift rigging and the new chiller for the building’s HVAC system – with a weight of six tons – made a quick, quiet and uneventful ride up to its new home. In less than half an hour, the alley was clear again, and the truck that delivered the load was out of downtown before the meter readers were on duty.

What was noteworthy about this pick is that it was made with a 7-Ton capacity guy derrick owned by Sheedy Drayage Co. of San Francisco that has been in service with them since it was built in 1992. Similar to units that were commonplace in high-rise construction sites until the mid-60s, the derrick used for this lift was most recently overhauled in 2011. The decision was also made to look for a replacement construction hoist system drum set. The one used the derrick was heavy, complicated to install, and difficult to operate due to its age and design.

When the general contractor for the work on the bank building approached Sheedy about this lift, it was clear that the guy derrick working from the roof would be far more cost-effective than bringing in a mobile crane with enough boom and jib to do the job – especially when the cost of permits to block the streets while the work was being performed was factored into the pricing equation. The unit Sheedy used for the lift breaks down into pieces small enough to ride on a freight elevator; after a short assembly and anchoring process is ready to work. Although it takes more time than raising the boom on a mobile crane, the return on investment is far higher for the guy derrick, while the total cost to the customer is lower.

Chris Gregori, Sheedy’s project manager, said the key to making the guy derrick work well for this job was adding a construction hoist system set from Allied Power Products, Inc. of Beaverton, OR. Featuring dual motors, dual brakes, and dual planetary reductions, each construction hoist in the waterfall set is capable of 7500 lbs of line pull on the bare drum with room for 2,700 feet of 1/2″ diameter wire rope on each drum. Line speed is infinitely variable from 0 to 316 fpm on the first layer to a maximum of 497 fpm on the top layer. Then, using a single joystick with proportional control to operate each drum and programmable “ramping,” they automatically return to the neutral/stop position when released by the operator. The boom swinger is the original – and very effective – manual system operated by one of the crew.

Gregori said the discussion as to the final hoist specifications was time-consuming as they wanted them to be as flexible as possible concerning other usages in the future. However, he added that the effort was worthwhile in the end as the hoists are precisely what they needed, and their performance and support from APPI have been excellent. This, says Gregori, is extremely important. This classic piece of equipment has already been scheduled for several more high lift applications, including one later in 2014 just a few blocks away from the California Building.

Please contact us if you would like more information about this particular construction hoist or any of our other products and services. 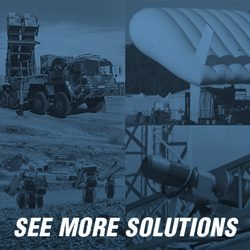 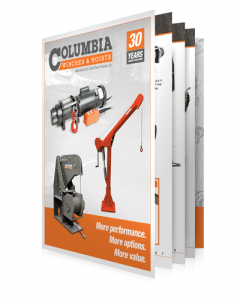 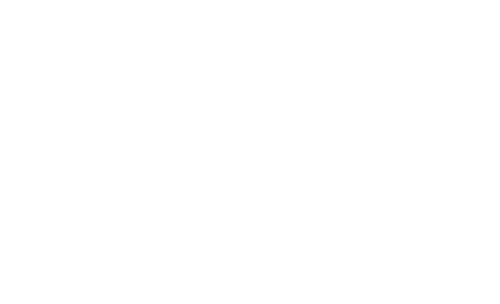